Get to know the student authors! Read their profiles, see their profile pics, and use the links to see the work each one of them is posting. 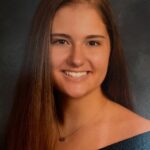 From Charlotte, NC, Ayla is a first-year business administration major. She is very passionate about research and learning how to conduct specific research. She works at Harris Teeter as a cashier and enjoys getting to look at the retail aspect of work. In her free time, she enjoys hanging out with friends and family, cooking, working out, and playing volleyball. She hopes to get her masters degree after undergrad and hopes to work in sales and marketing. See Ayla’s work in this course. 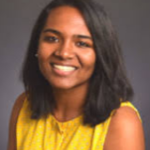 Avni is a first-year student at UNC studying Nutrition with a minor in Spanish on the pre-med track. In the health sciences, she is interested and passionate about genetics, developmental science, holistic care, global health, and culinary medicine. She is from Cary, NC and enjoys getting involved in community service, music, cooking, and nature activities in her free time. She plans on eventually going to medical school to pursue a career as a pediatric doctor or neonatologist! See Avni’s work in this course. 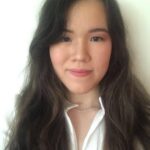 Kelly was born and raised in Terengganu, Malaysia. At the age of 18, she flew to the US to pursue higher education. She is currently a junior at UNC-Chapel Hill, majoring in Biology. She hopes to become a doctor in the future. When not writing, she enjoys baking cake and pastry in the kitchen and watching Netflix with a tub of cookies and cream ice cream by herself. See Kelly’s work in this course. 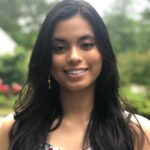 Kamalika, a first-year student at UNC, is majoring in Biology with a Bachelor of Science and minoring in Spanish for the Professions. She is from Morrisville, NC and enjoys dancing, running, volunteering, baking, painting and spending time with children in her free time and is part of UNC Chalkaa. Kamalika hopes to attend medical school and is interested in pursuing a career in obstetrics and gynecology/ perinatology. See Kamalika’s work in this course. 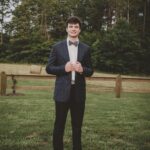 From Winston Salem, NC, Daniel is a freshman chemistry major with hopes of attending Dental School. He also hopes to take on a business minor in his time here at UNC. In his free time, he enjoys playing video games, playing/watching basketball, and working out. See Daniel’s work in this course. 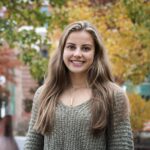 Ellie Geiselhart, a first-year student at Chapel Hill, is majoring in nutrition on the pre-med track. She plans to pursue a career in medicine after completing her undergraduate. Ellie is originally from Gothenburg, Sweden, but has resided in Greensboro, North Carolina for about ten years alongside her parents and two sisters. Ellie’s hobbies outside of school include playing soccer, traveling, skiing, and trying new foods. See Ellie’s work in this course. 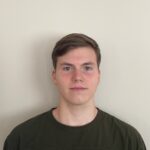 Dylan is a first-year undergraduate student from Cary, NC studying business on the pre-med track. He enjoys swimming, working out, and socializing with his friends. His goals for the future consist of acquiring an M.B.A. and M.D. in the hopes of becoming a business executive in the life-science industry. See Dylan’s work in this course. 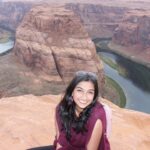 From Concord, NC, Harshita Gudipudi is a first-year student at UNC-Chapel Hill. She is a Neuroscience and Exercise and Sports Science Double Major with a Medical Anthropology minor on the pre-medicine track. In her free time, she likes to sing, play guitar, and dance, which is shown by her membership on the Tarheel Raas Dance Team. She hopes to be a neurosurgeon in the future and is currently considering the field of neuro-oncology. See Harshita’s work in this course. 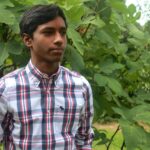 Born in New Jersey and raised in North Carolina, Varun is a first-year Neuroscience major at the University of North Carolina at Chapel Hill. Varun is an avid football and basketball fan and likes to watch any sport in general. His likes include jogging, playing the drums, and going out to eat with friends. He hopes to establish a career in Neurology and potentially venture into clinical professions. See Varun’s work in this course. 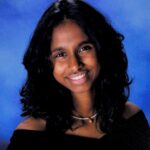 Born in Virginia and raised in Charlotte, North Carolina Meghana is a first-year undergraduate student majoring in Business Administration with a Spanish minor while on the Pre-med track. In her free Meghana enjoys nature and playing volleyball. She hopes to attend med school and become an OBGYN. See Meghana’s work in this course. 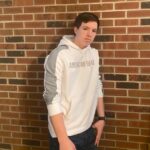 Born in Charlotte, NC, Matt is a first-year student studying Biomedical Engineering on the pre-medicine track. He hopes to become an orthopedic surgeon with a specialty in knee related sports medicine. In his free time, Matt enjoys working on cars, playing football, and hosting watch parties for Tar Heel athletic events. See Matt’s work in this course. 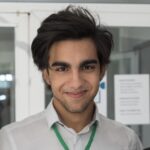 From Istanbul, Turkey, Eren is a first-year undergraduate student majoring in Physics. In his free time, he enjoys DJ’ing, sailing, and cooking. He is hoping to continue his studies in medical school after he graduates. See Eren’s work in this course. 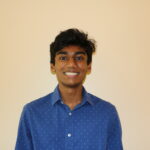 Nishad Kosaraju is currently a first year student from Cary, NC, and is majoring in Exercise and Sports Science on the pre med track. In his free time, Nishad enjoys playing sports outside, volunteering, and spend time with friends and family. After his undergraduate studies, Nishad hopes to attend medical school and then become an Orthopedic Surgeon. See Nishad’s work in this course. 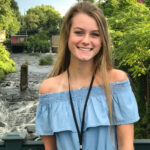 From Mebane, NC, Miranda is a first-year undergraduate student studying Biology and Chemistry on a pre-med track. In her free time, she enjoys traveling and being outdoors. She also trains service dogs and works part-time in Durham, NC. Miranda hopes to one day become an Anesthesiologist. See Miranda’s work in this course. 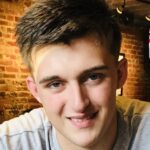 Dennis is currently a first-year student attending UNC for his Biomedical Engineering Degree! He was raised in Franklin, NC where he developed his passion for science courses due to some great teachers at Franklin High School! Dennis is a bit overly-excited sometimes, but he knows he will absolutely have a great time writing my posts for you all! See Dennis’s work in this course. 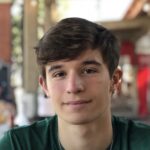 Lukas Sobocinski is a first year intended double major in Biology and Classics on the premed track. He is most recently from Apex, NC but has also lived in NY, LA, and San Francisco. Lukas enjoys lifting, basketball, and being with his friends. He hopes to pursue an MD/PhD program and be a surgeon one day. See Lukas’s work in this course. 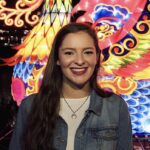 Gabrielle is from Raleigh, NC, and is a senior at UNC studying Mathematics and Statistics and Analytics. She works on COVID-19 data with UNC Hospitals and will start a job as a Data Scientist after graduation. In her free time, she enjoys hiking with her dog, scuba diving, photography, and art. See Gabrielle’s work in this course. 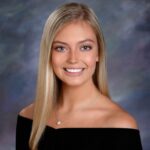 Sydney Thayer is in her first year of study here at the University of Chapel Hill where she’s pursuing a major in Biology with a Bachelor of Science. Though originally from Chicago, Illinois, she spent most of her middle and high school career growing up in New Jersey and currently resides in Las Vegas, Nevada. Piano has always been an appreciable part of her life having played competitively since the age of four, but she also loves rowing, spin classes, going out to new restaurants with her friends, and most especially her German shepherd puppy Jax. Her main aspiration coming out of college is to hopefully enter into graduate school to later engage in a career in Pharmacy. See Sydney’s work in this course. 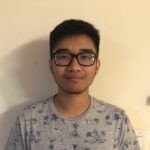 From Matthews, NC, Tony is a first-year biology major hoping to go into the health field. He also hopes to minor in Spanish for the professions or in linguistics. In his free time, he enjoys playing video games, trying new foods, and learning new skills. See Tony’s work in this course.