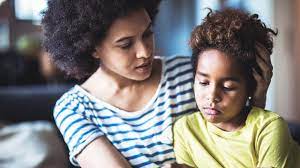 Some people believe that depression isn’t an illness. When a child comes to an adult and says they’re depressed, the adult often pushes it off to the side like it’s an excuse for the child’s rude and disrespectful behavior. Recently, adults and others say for children to come to them if they’re depressed but when a child does, it is disregarded until it’s too late. Screening should be implemented with equal systems in place to ensure an accurate diagnosis, effective treatment,and an  appropriate follow up (Sui 201). This way parents can get the help their children need. I also believe that parents would trust a doctor’s diagnosis better than their child coming to them on their own. I hope to validate and mentionwhy childhood depression is misunderstood.

The subjects of my interview are thirty-four year old, NW and her twelve year old daughter, KD. The interview will focus on KD. However, since she is underage, I must get her mothers feedback as  well. KD is a sixth grade student at Mary Potter Middle School in Oxford, NC. Recently, she participated as a athlete on their volleyball team until the season ended. KD is the second oldest of five children. She has been diagnosed with depression due to the fact of adeath in her family.

The goal of this interview was to answer the question: How does the death of a family member and resulting depressionaffect a child’s daily life?

While sitting in the family’s living room by the warm heater, surrounded by family photos on the wall and the sound of the television in the background, I talked to KD and NW more. I gained a further understanding of the nature of the deaths affecting their family. At the time KD was 10. KD and her two older cousins had a close bond, almost like a sibling connection. KD started to distance herself from her family. Before the accident, she  was a happy, respectful child. NW says that she noticed her daughters behavior change when KD  started talking back to her and picking fights with the kids that lived in their neighborhood. Her first instinct was to discipline her child by taking away the things that she loved: her phone, television, computer, and privilege to hang with friends. However, instead of KD’s behaviorimproving, it became worse. When asked what things improved KD’s behavior, NW said that she noticed that her daughter didn’t get in as much trouble when she tried out for the school’s volleyball team and made it. Evidence suggests that physical activity participation may be both protective against the onset of and beneficial for reducing depressive symptoms (Brown 195). Volleyball kept KD distracted and was an outlet for her frustrations. As we know though, all sports must come to an end sometime during the year. When the volleyball season ended for the school, KD started getting into trouble again. Within a three-week time span, KD had gotten suspended from school only to return and get suspended from the bus; both incidents for the same reason- fighting.

In the beginning, I believed that the underlying problem to KD’s depression is her holding onto her  anger from the death of her family members. I believe that this death causes her pain mentally and emotionally because she is too young to understand death entirely. I think it’s important to mention that KD’s religion is Christianity, so she believes in there being some type of “afterworld” or Heaven after death. KD stated “it’s not fair, they said they’d always be here for me but they left.” From this I concluded that she’s mad because she feels like her cousins left her to go to Heaven.

I found out that KD was clinically diagnosed as of September 2021. When questioned “How did you confront your mother that something was wrong?”, KD replied “I never went to my mother, I guess she kind of noticed something was off and my weird behavior and did what she thought was right.”  NW stated that they asked her daughtermultiple questions to  diagnose her. KD was calm during the diagnosis or when she was diagnosed. However, when I interviewed her, and asked her “how did she feel being diagnosed with depression?”, she  just shrugged her shoulders in a nonchalant manner. Her mother stated that KD gets in moods where she simply just does not care. This could just be a symptom. When KD symptoms are bad,  she just sits in her room for days at a time besides going to school. During this time, she just listens to sad music on repeat. When her symptoms are not bad, she says her life is basically like a regular child’s life, playing with friends and family or either socializing on social media. KD has notbeen prescribed with any prescriptions as of now. When questioned what might trigger her bad days, KD responded “I don’t know, sometimes I just think about them and become sad or angry all over again.”

NW said that her daughter is easy to upset. All it takes is for something to be said that KD doesn’t like and she’s in one of her angry moods again. This impulsiveness then leads to KD being distant from her family for days while she sits in her room listening to two songs by a local artist, over and over again. These two songs are ‘Not the Same’ by EMG Sae and ‘Reminiscing’ by BOS Jai.  Depression can be hereditary, so I questioned if depression ran in the family history and NW believed that it didn’t, at least not from her side. KD rarely talks to her father or his side of the family due to the fact that he’s incarcerated. When talking to KD privately, I found out that she feels alone most of the time. With her mother working and having  to manage four other kids, her time with KD one-on-one is limited. There’s not many things that  can help KD when she’s in one of her moods besides volleyball. NW stated that she tries to take her family on vacations as much as possible. However, sometimes KD gets upset when the attention isn’t directed towards her completely. This could just be a sign of KD entering her teenageyears and not knowing how to control new emotions or either a symptom of her depression.

Before ending the interview, I asked NW “Do you believe that KD’s behavior is just that of a maturing teenager?” NW stated that she never considered her daughter’s behavior to be that of a teenager growing older, she just figured her daughter was depressed. This was quite a shock to me because most parents overlook depression as a cause and just conclude that it’s due to a child experiencing new emotions. NW also stated that KD usually is quick to adjust to new surroundings because they switched schools various times in the past, so entering middle school should not be as hard for KD.

Lastly, I questioned NW on KD’s relationship with her other children. The rest of NW’s kids include: JD, the oldest, SD, the middle child, TD, the second to youngest, and LD, the youngest. It is understood that KD  enjoys spending time with her friends and socializing, so it is thought that she may also enjoy time with her siblings. However, NW statedthat KD does not have a great relationship with her   siblings and that there are always arguments between them. Her mother said that before the passing of her cousins, KD and SD used to fuss and fight regularly, but the relationship between KD and the youngest was one that peers would adore. KD really didn’t bond with her brothers, JD and TD, because JD resides with his paternal grandmother and TD stays busy with football and game playing. NW also mentioned that KD loves being in charge since she is the second oldest but the other siblings disregard KD’s advice orhelp, which angers KD.

Dealing with depression can change a child’s life in many ways. Children already have so much that they’re dealing with: school, balancing new emotions, and learning how to grow up and mature. KD was once a happy and carefree child. Now KD is entering her teenage years and experiencing new changes mentally and physically with her body. Depression in children can be overlooked as a child maturing. However, its important not to get teenage hormonesconfused with childhood depression.