Melissa Camp received her M.A. in May with a thesis titled “‘The Revolution Will Not Be Televised … But It Will Be Streamed’: Spotify, Playlist Curation, and Social Justice Movements.”

Ken Ge has a chapter on jazz, gender, and the bassist Dennis Irwin is forthcoming in The Routledge Handbook of Jazz and Gender, titled “Resurrecting Masculinity: Gender, Jazz Timbre, and the Afterlife of Dennis Irwin’s Bass.”

Ge also served as one of the organizers for the new AMS Jazz Study Group, and is happy to share that the group is now approved and held its first (virtual) meeting this fall.

Elias Gross received a Summer Research Grant from the Center for the Study of the American South.

A. Kori Hill published “A Reflection and Call to Action” on icareifyoulisten.com as the “Out of Context” series finale and participated in the series wrap-up round table.

Aldwyn Hogg Jr. received the Howard Mayer Brown Fellowship from the American Musicological Society and will give a paper at the annual meeting of the Society for American Music in June titled “‘Whitey on the Moon:’ Lunar Criticism in African American Poetry and Music.” He was also awarded a New York Public Library Short-Term Fellowship for summer 2021.

Tara Jordan received her M.A. in May with a thesis titled “Mobilizing Mary: Eleonora Gonzaga’s Religious and Political Influence as Shown in Two Settings of a Pianto della Madonna.” Jordan also earned the 2021 Graduate Student Research and Writing Grant from the Carolina Center for Jewish Studies.

Grace Kweon gave a paper at the annual meeting of the International Association for the Study of Popular Music, US chapter in May titled “Music From Chinatown’s Basement: Performing Race, Activism and Community In New York’s Asian American movement, 1970-1975.” 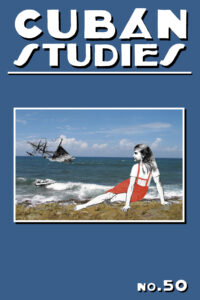 Mike Levine was awarded the University of North Carolina’s Graduate School Dissertation Completion Fellowship for the 2021-2022 academic year. He was also awarded the Summer Research Award from UNC’s Center for the Study of the American South to continue research in Miami and Havana related to his dissertation.

Kari Lindquist was awarded a graduate fellowship through UNC Humanities for the Public Good to partner with Carolina Performing Arts for the 2021-2022 academic year. She presented her paper “So sweet and moving: Afro-Cuban Voice and the U.S. Tourist Orientation in Aaron Copland’s 1941 Letter to Leonard Bernstein from Havana” at the American Musicological Society Southeast Chapter Fall 2021 meeting.

Erin Pratt is a doctoral fellow with the Berlin Program for Advanced German and European Studies for 2021-2022 at the Freie Universität.

Kendall Winter gave a paper at the annual meeting of the Society for American Music in June titled “Political Contrafacta: Intersections of Race, Gender, and Power in Reconstruction Kansas.”

Kelli Smith-Biwer was awarded the inaugural Arts Everywhere Music Technology Fellowship for the 2020-2021 academic year, which will support her dissertation research as well as her work in the UNC Beat Lab and Video Presentation Lab. She presented her paper, “Masculinity and Modularity in High Fidelity Magazine” in November of 2020 at the annual meeting of the American Musicological Society. Her article titled, “‘The Silent Partner’: Tonearms and Modular Masculinities in U.S. Midcentury Hi-Fi Culture” is forthcoming in the Journal for the Society of American Music.