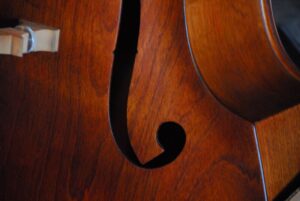 Robert “Bob” Anderson began teaching Bass at UNC Chapel Hill in 2007. He instituted the annual “Bass Blast” in 2008, and nurtured a positive spirit in the bass studio and the orchestra section.

Anderson’s bass students loved him and his teaching style, which was full of wisdom and insight wrapped in wry humor. Anderson’s passion for music and music-making also found its way into his activism; in everything he did at UNC, it was always clear that his love for others was at the heart of his motivation and his message.

We are grateful for all he brought to the department and to his students, and we wish him the very best in his next chapter! 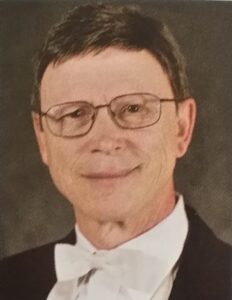 Collaborating in the UNC Faculty Quintet with John Pederson for decades has been both an honor and great pleasure! His musical insight, his incredible familiarity with seemingly limitless repertoire, his dedication and inspiration challenged me to play my best, whether in concerts or rehearsals. He is a “Pro” in the very best sense. Over the years, John introduced me to so much great literature, often by unfamiliar composers. With few exceptions, many became part of our “book.”

Especially not to be overlooked is his outrageous sense of humor. Often in rehearsals, all of us would be doubled over in uncontrolled laughter by remarks he offered, especially during particularly difficult passages we were working on. That broke the tension and we would find a way forward. I always wondered whether he would offer a one-liner during a concert that would totally derail what we were doing. It’s hard to play when laughing!!!! One joke was so hilarious that he would occasionally utter one word referring to the punch line, and our rehearsal would just collapse! His timing was perfect!!!!

John Pederson – an artist, and most importantly, a dear friend. 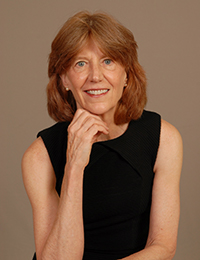 Susan Moeser taught organ for the department starting in 2000, until her retirement in 2022. During those years, she carefully introduced organ students to a disciplined technique that allowed them to play and perform difficult repertoire on department recitals, Baroque Ensemble concerts and in local churches. She was also an advocate for maintenance of department instruments, not a small thing in days of austere budgets.

Moeser is a superb performing organist who holds a D.M.A. from the University of Kansas and was First Prize Winner at the 1983 Fort Wayne National Organ Playing Competition, as well as organist of a large church in Richmond, Virginia. Previous teaching positions were at the University of Nebraska, Penn State, Susquehanna University, Emporia State (Kansas) and the University of Montana, and she recorded a significant CD of organ music by Bediant. North Carolina audiences will remember her accompaniment in Britten’s Rejoice in the Lamb with the Carolina Choir in 2000, and a concert on the restored Tannenburg organ at Old Salem.

Many of us look forward to performances she might play in local churches when organists need a break on the bench. We also look forward to seeing her with James Moeser at area concerts and the Carrboro Farmers Market. 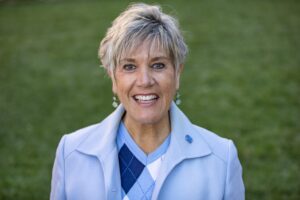 Terry Rhodes, originally from Raleigh, NC, is a Carolina girl three times over. She earned her Bachelor of Music degree from Carolina in 1978, graduating Phi Beta Kappa, before heading to the Eastman School of Music at the University of Rochester in New York to earn her Doctor of Musical Arts and Master of Music. After her time as a Fulbright Artist-in-Residence/Lecturer at the Conservatory of Music in Skopje, Macedonia, where she taught voice and performed throughout the Balkans and Eastern Europe, she returned to UNC and joined the voice faculty in the music department in 1987.

A stunning soprano and superb vocal instructor, Rhodes taught voice lessons and directed UNC Opera until becoming chair in 2009. During this time, she also performed and taught in many European summer music programs, including in Spoleto and Tuscania, Italy and in Varna, Bulgaria.

Rhodes served as chair of the Department of Music until 2012 when she became senior associate dean of fine arts and humanities, and then dean of the College of Arts and Sciences in February 2019.

During her time as dean, she introduced ground-breaking initiatives such as Reckoning: Race, Memory and Reimagining the Public University, Countering Hate: Overcoming Fear of Differences, and Southern Futures.

Throughout her 35 years at Carolina, and across her numerous roles, she tirelessly championed the value of the arts and humanities, especially music, to a well-rounded education. Her love for her students, the music department community, and all of Carolina’s constituencies shined through in everything she did. 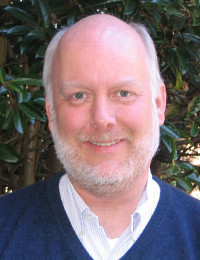 Originally from Oak Ridge, Tennessee, Phillip Vandermeer earned a B.Mus. with honors and a Master’s degree in Library Science from UT. Vandermeer also continued his passion for musical research, earning an M.A. in musicology from SUNY Binghamton and a Ph.D. in ethnomusicology from The University of Maryland.

After thirteen years as a music librarian at the University of Maryland at College Park, Vandermeer moved to Chapel Hill as Head of the Music Library in 2001. Among his major accomplishments in those first years at UNC was moving the entire music collection from Hill Hall to its current home in Wilson Library.

Throughout his career, Vandermeer also served in significant leadership positions within the Music Library Association and was a voting member of the National Recordings Preservation Board at the Library of Congress. At UNC he has served as the Chair of the Librarians Association of UNC-CH, on the Faculty Council, on the Administrative Board of the Libraries, and in various interim positions including Head of Collections and AUL for Collections and Services.

Vandermeer maintained an active professional life as an ethnomusicologist; he held an adjunct appointment in the Department of Music, where he taught graduate seminars and frequently advised theses and dissertations. He published regularly in both library science and ethnomusicology, and served as Book Review Editor for MLA Notes.

His intellectual generosity, wisdom, and insights have profoundly shaped our department, university, and library, and left a lasting imprint on the study and practice of music at UNC. We will miss him dearly but wish him many wonderful new adventures as he embarks on his retirement.