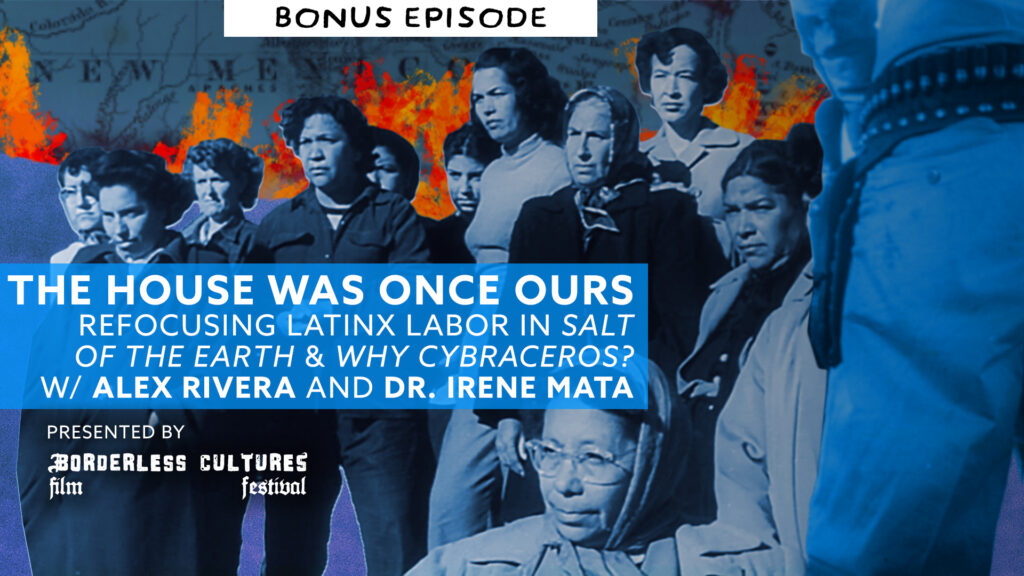 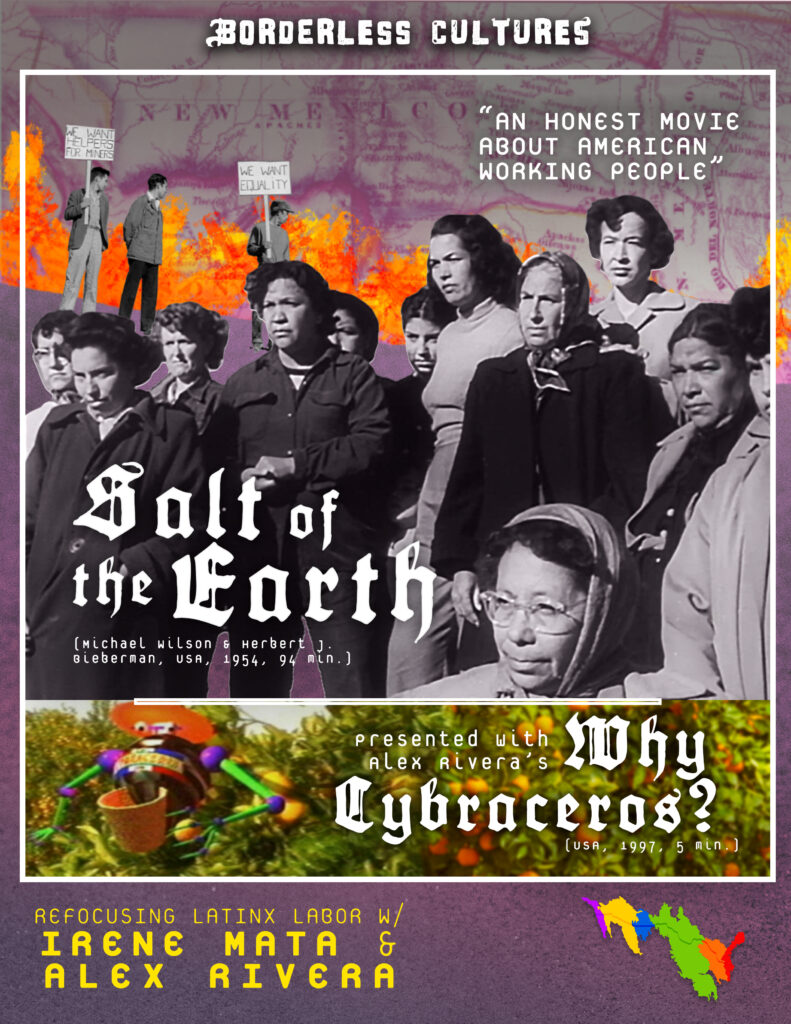 The Borderless Cultures Online Filmfest is generously sponsored by the UNC Humanities for the Public Good Initiative and the Critical Ethnic Studies Collective. 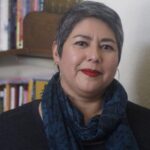 In her research, Dr. Mata investigates how women of color, especially immigrant women and their labor, are represented in contemporary cultural productions, literature and pop culture. Her book, Domestic Disturbances: Re-Imagining Narratives of Gender, Labor, and Immigration, examines the treatment of the traditional immigrant narrative in popular culture; in it, she suggests a new framework for looking at these immigrant and migrant stories, not as a continuation of a literary tradition, but instead as a specific Latina genealogy of immigrant narratives that more closely engage with the contemporary conditions of immigration. 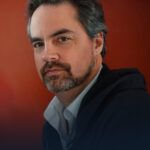 Alex Rivera is a filmmaker who’s been telling ground-breaking Latino stories for more than twenty years. His first feature film, a cyberpunk thriller set in Tijuana, Mexico, Sleep Dealer, won multiple awards at Sundance and was screened around the world. Rivera’s second feature film, a documentary/scripted hybrid set in an immigrant detention center, The Infiltrators, won both the Audience Award and the Innovator Award at the 2019 Sundance Film Festival and will be released theatrically in the U.S. in 2020. Rivera’s work has been supported by the Ford Foundation, the Tribeca Film Institute, the Open Society Institute, and many others. 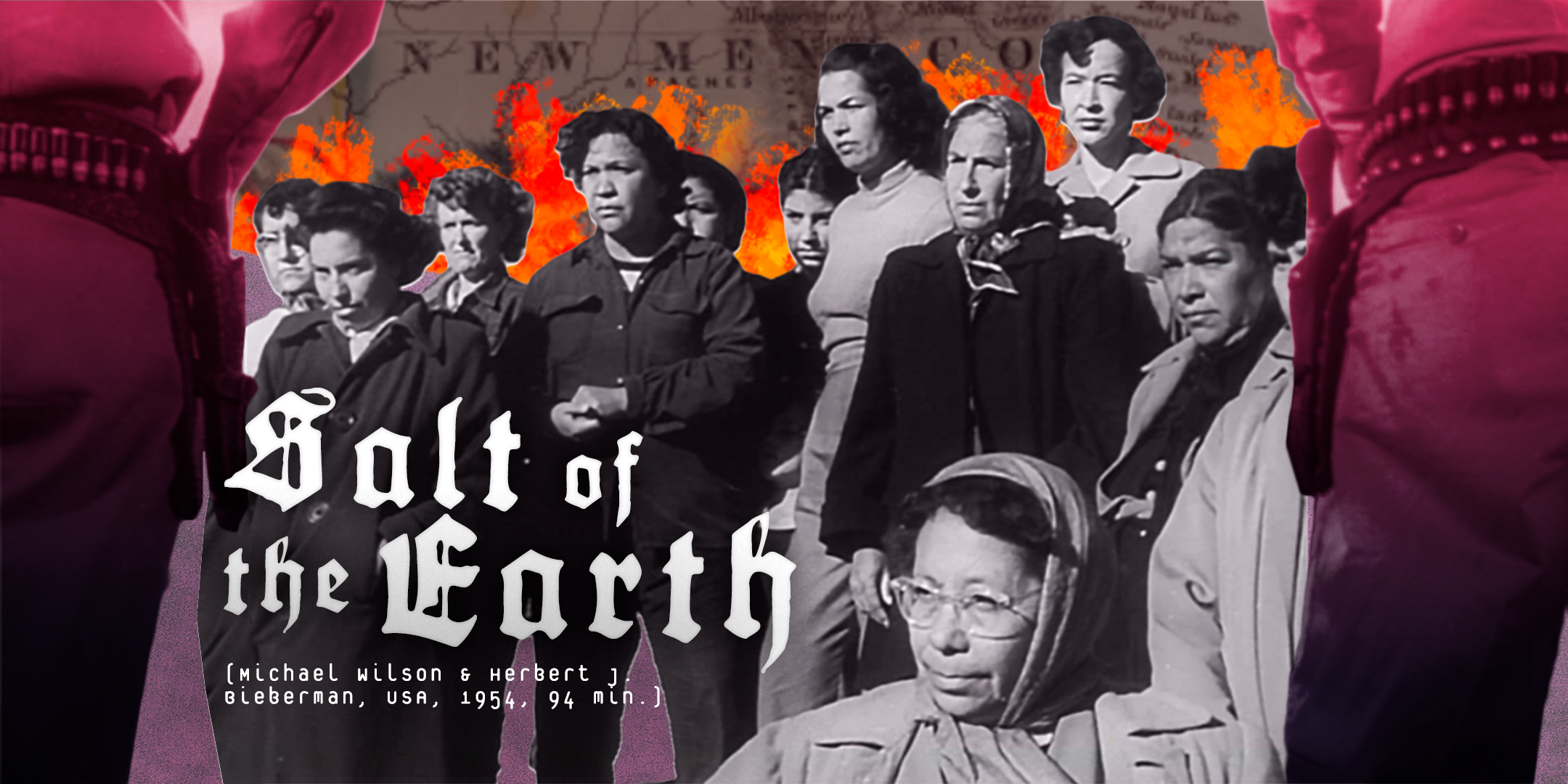 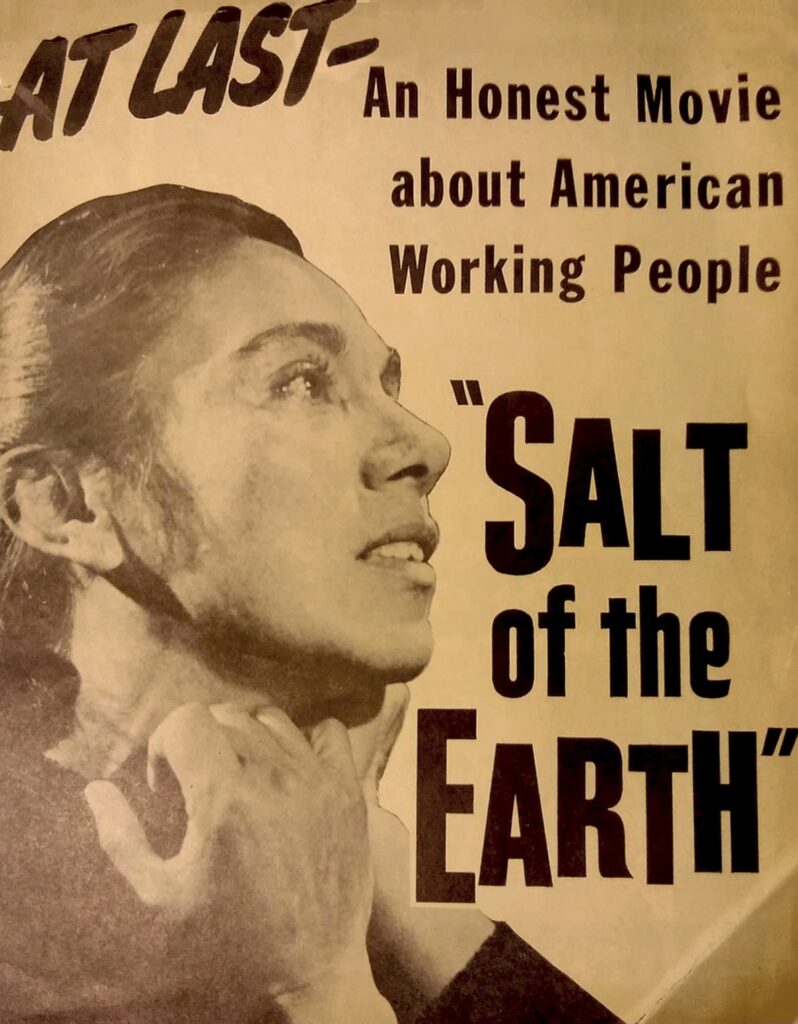 Set in a small mining community in New Mexico, SALT OF THE EARTH was written by Michael Wilson and directed by Herbert Biberman, both blacklisted Hollywood filmmakers during the Red Scare, the film chronicles the true events of a 1951 Mexican American miners’ strike in the area using local people and non-actors to re-enact their experiences.The film centers on Esperanza Quintero (Rosaura Revueltas), the wife of a protesting miner, who must combat sexism and racism on both sides of the conflict to build a better future for her family.

Completed against all odds (including Revueltas’ deportation to Mexico), the film was denounced as Communist propaganda when it was completed in 1953. Distributors boycotted it, newspapers and radio stations rejected advertisements for it, and the projectionists’ union refused to run it. Ultimately screened in less than 12 theaters nationwide in 1954, the film highlights the complexity of gender, labor, and family relationships during a hostile political climate. 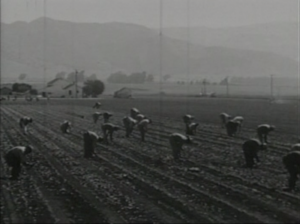 WHY CYBRACEROS? sarcastically uses the form of a promotional film. It is based on a real promotional film produced in the late 1950’s by the California Grower’s Council, titled ‘Why Braceros?’ This film was used by the Grower’s Council to defend the use of Braceros, or temporary Mexican farmhands. Rivera recycles footage from this short to lay out the history of the Bracero Program in the United States.

At the half way point the piece takes a sharp turn as the narrator advocates a futuristic Bracero Program in which only the labor is imported to the United States. This dystopic concept, visualizes a world in which immigrants can labor in America but never live in, or become the responsibility of American society. The workers themselves (Cybraceros) are left at home in Mexico, as they tele-commute to American farms over the high-speed internet. The narrator explains that in this imagined future there is no difference between rich and poor on the internet, this is a future in which truly everyone can work from home, even braceros.

The Cybracero, as a trouble free, no commitment, low-cost laborer, is the perfect immigrant. The Cybracero is the hi-tech face of the age-old American Dream.