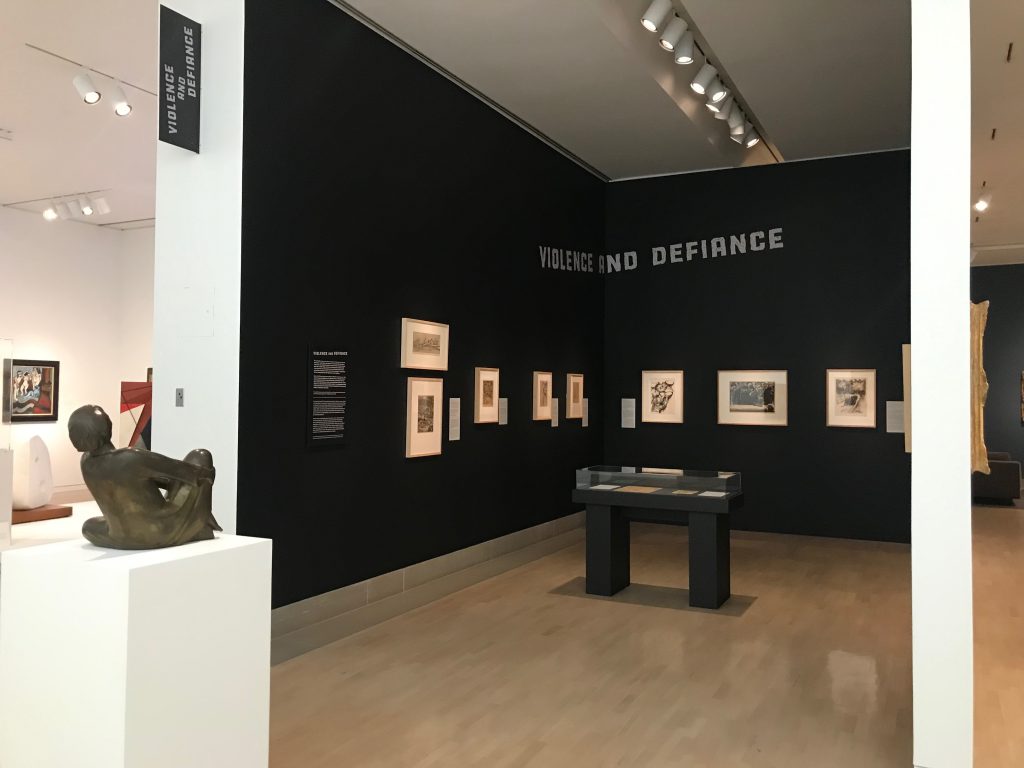 Exhibition information: The early 20th century was a time of empires and colonies, air raids and allied forces, nationalism and revolution. It was particularly tumultuous in Germany and neighboring Austria– countries closely connected during World War I (1914-1918) and the rise of the Nazi Party (1920-1945). A new generation of rebel artists known as the Expressionists came to prominence during these violent years, and were labeled as “degenerates” for their avant-garde style and rejection of artistic traditions.

Many of the Expressionists were drafted or otherwise affected by war. They turned to boldly simplified line work, distorted forms, or clashing colors to express personal reactions to the atrocities they experienced. Above all, they heralded printmaking– a quick, inexpensive medium rife with creative potential– as the premier form of artistic rebellion. From lithographic posters to book illustration, this selection of artwork encapsulates the violence and defiance of European modernism. 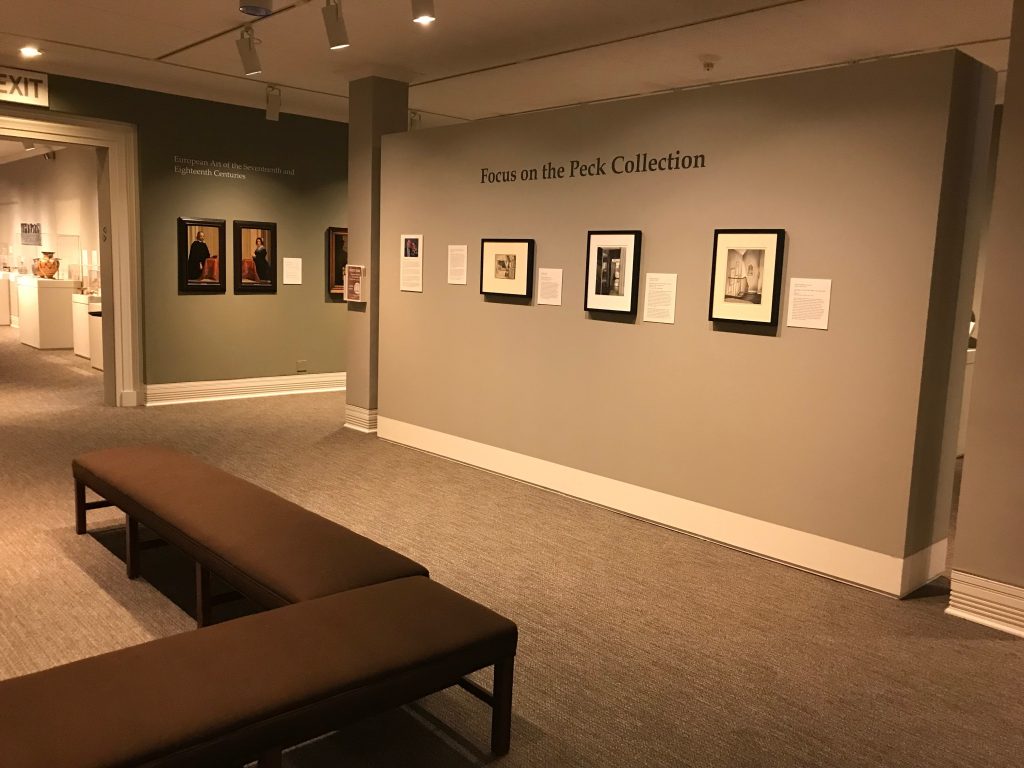 Exhibition information: In January 2017, the Ackland Art Museum received its largest gift to date when Sheldon Peck (UNC-Chapel Hill, BS ’63, DDS ’66) and his wife Leena donated their extraordinary collection of 134 mostly 17th-century Dutch and Flemish master drawings, as well as significant funds for the stewardship of the collection, new acquisitions, and an endowed curatorial position in European and American art before 1950. Focus on the Peck Collection is an ongoing series of installations selected from the Peck Collection and the Ackland’s other holdings of related works of art, with the goal of supporting education in comparative looking, historical analysis, and appreciation of quality.

Inspired by the bareness of Thomas Wyck’s wash drawing, Bedroom Interior, this installation explores three different approaches to the ‘empty room’, ranging from the 17th-century Dutch lowlands to the 20th-century American south. Though far apart in history and diverse in medium and technique, these images resonate visually with each other. Not only do they lack figures and other iconographic clutter, they each explore similar themes: the tension between light and shadow, the juxtaposition of odd angles and soft curves, and the suggestion of human presence combined with the absence of identity. Their emptiness draws us in as we search for something—anything—that will unravel the mystery of these puzzlingly deserted-yet-lived-in, spartan-yet-comfortable abodes.

THE CHANGING FACE OF PORTRAITURE: PEOPLE AND PLACES IN THE MULTIPLE
Spring 2015, University of New Mexico Art Museum
Co-Curated by Kelsey D. Martin 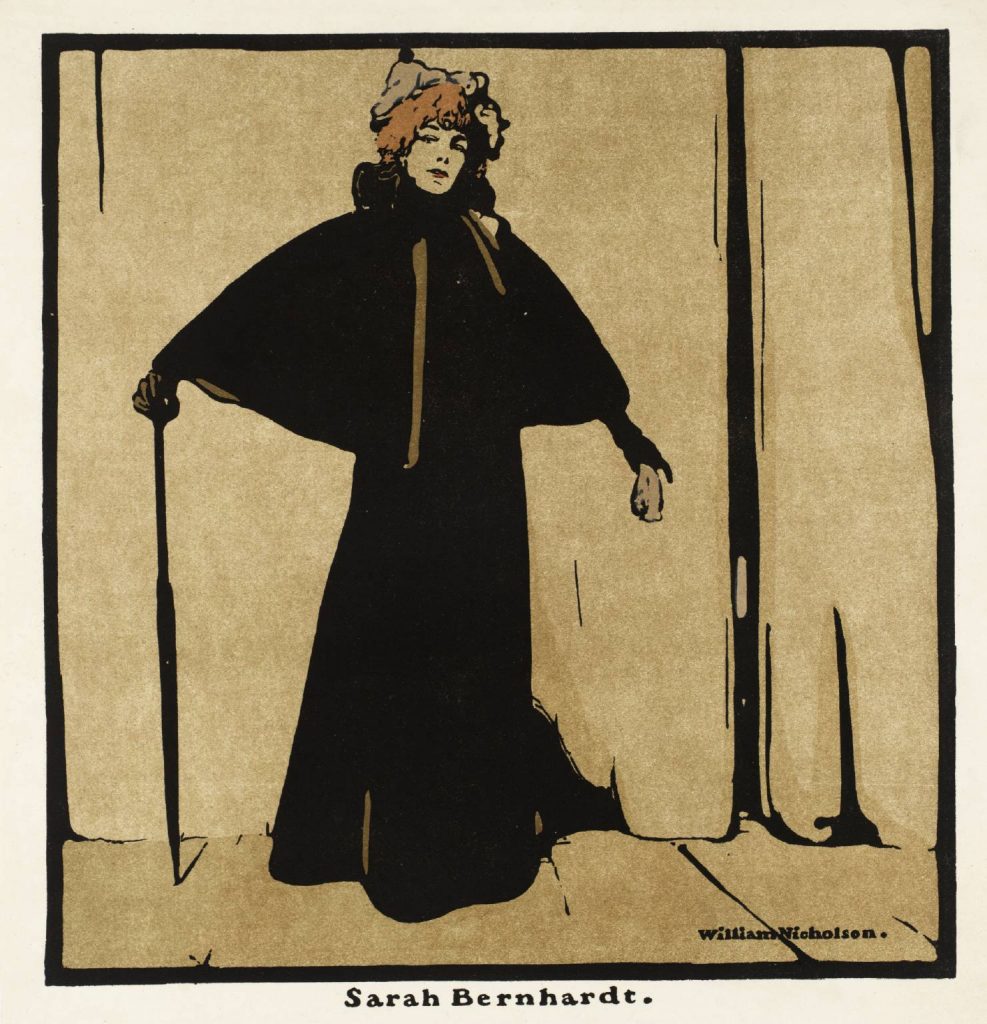 Exhibition information: This exhibition explores the ways prints and photographs from the 17th through 19th centuries promoted and manipulated identities in Europe and the United States. By examining the physical nature and the use of printed portraits—including posters, cartes-de-viste, private photo objects, caricatures, etc.—this exhibit reflects on how such images constructed public and private personas.

My portion of the exhibition focused on how 17th-19th-century women utilized prints and photographs to promote carefully crafted identities to the public. My contribution to the exhibition catalogue is titled, “Crafting Public Identities: Printed Portraits of Nineteenth-Century Female Icons.”