This walkshop is about “circumambulation”, the act of walking in a circle around an object. For it, the act is simple: walk in a circle while listening to the mantra embedded in the podcast. The object to walk around would have to be either something revered or something I wished to investigate. By moving around it, I would place homage to it, showing a willingness to learn it and gain a connection. The object I chose to walk around would be my painting palette, a tool I never before had, but have come to use and understand while in my Panting 1 class this semester. I decided I would circle in my office, the space I work, read, and paint. To make the experience more interesting, I decided to put down newsprint to walk on, the pages used up on both sides, covered in sketches from my Drawing 1 and Life Drawing classes in previous years. Here is a photo of the floor, covered in newsprint. I had to stand on a chair to get the image: 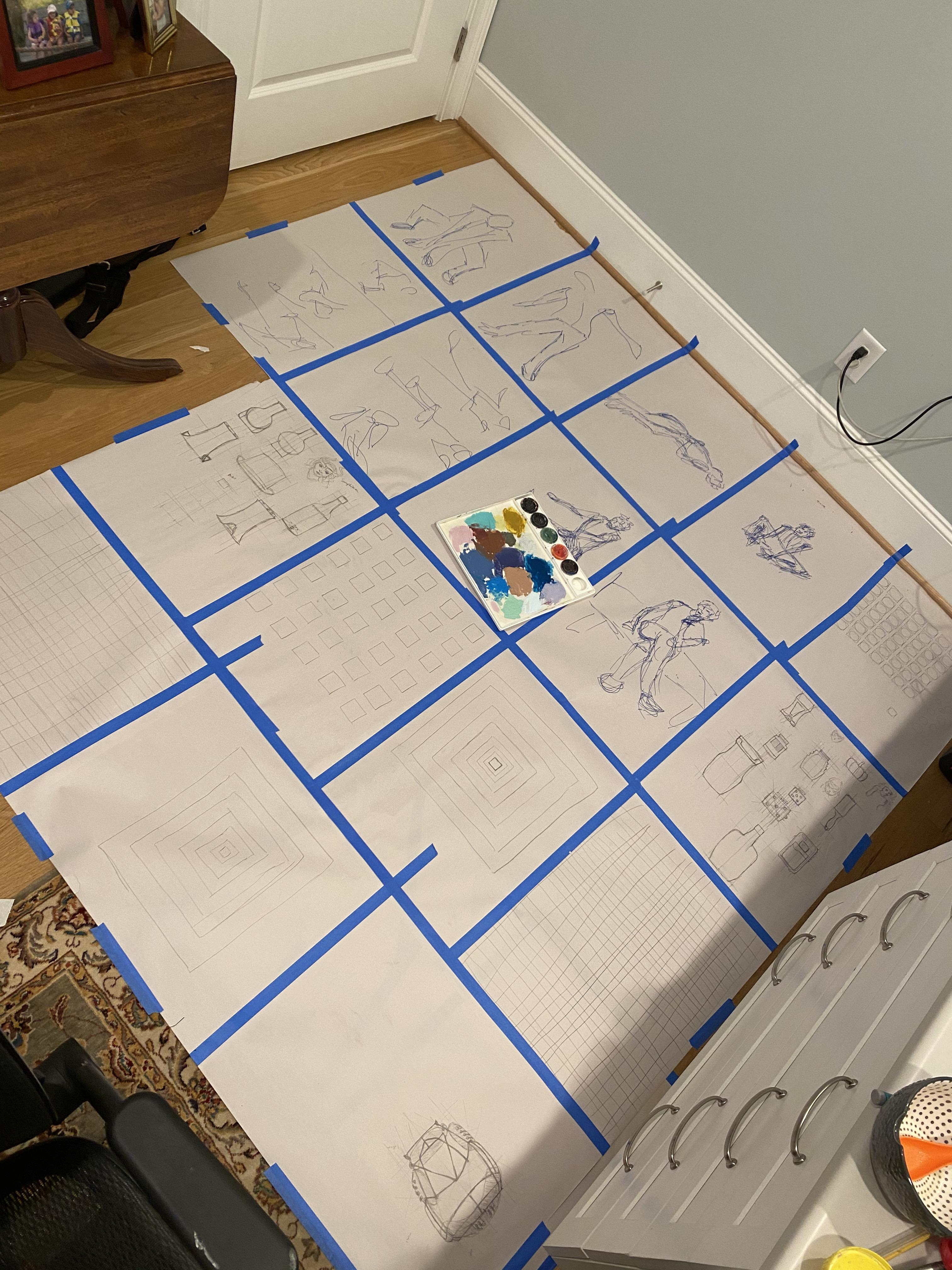 Then came the fun idea: why not use the paint on the palette (which was left over from my previous painting and needed to be removed anyway), and the paint from an old tube or two I planned to toss out, to mark my walking. This, I felt, would really emphesis the connection I was making between my drawing and my painting, sealing them together with my bare flesh. I also, of course, put on strava, though as you can see, it pretty much flails around, unable to figure out where I am going, but sure I am moving. 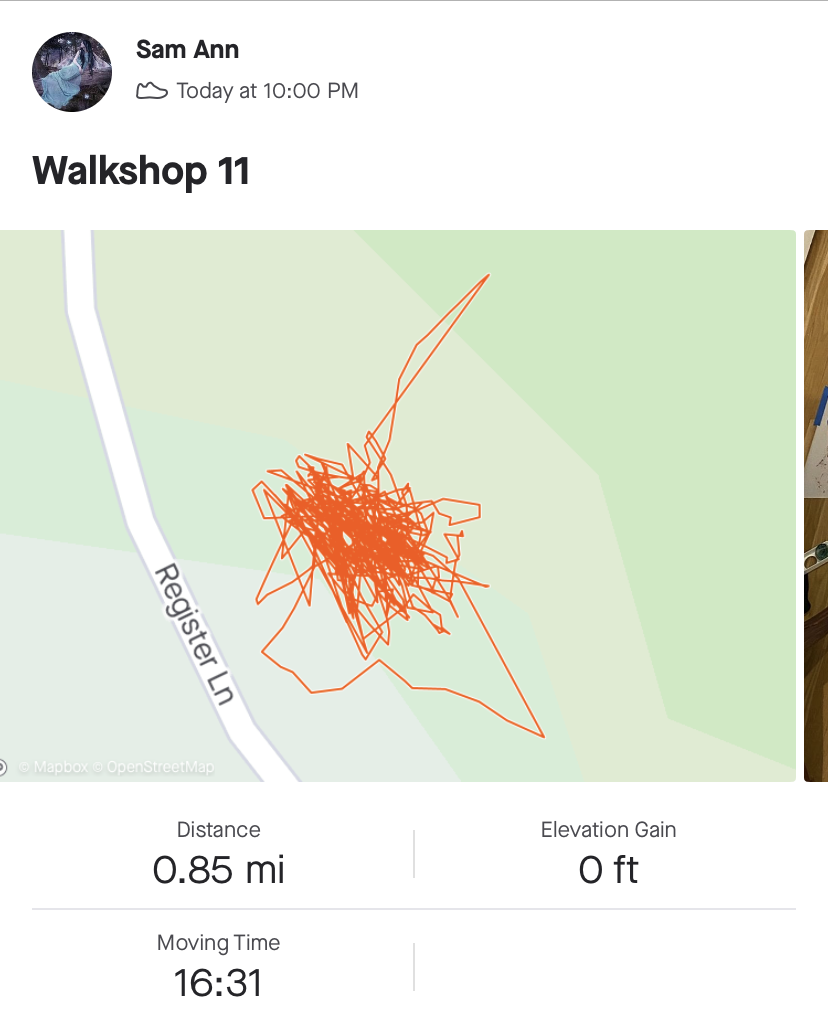 It really overestimates the circumference of the space, which took about twelve steps to circle, but you get the picture. According to my Fitbit step counter, I took 1112 steps during this time, which translates to about 92 rotations around the circle. I am not entirely certain if this is true, but I lost count too quickly to refute my technology. The mantra was calm, a sort of lull that allowed me to focus simply on moving, on staying in the circle without a misstep onto the hardwood or a slip in a particularly thick patch of paint. When all was said and done, the circle was a colorful mess, and I put on my crocks and climbed back on my chair to take the after photo: 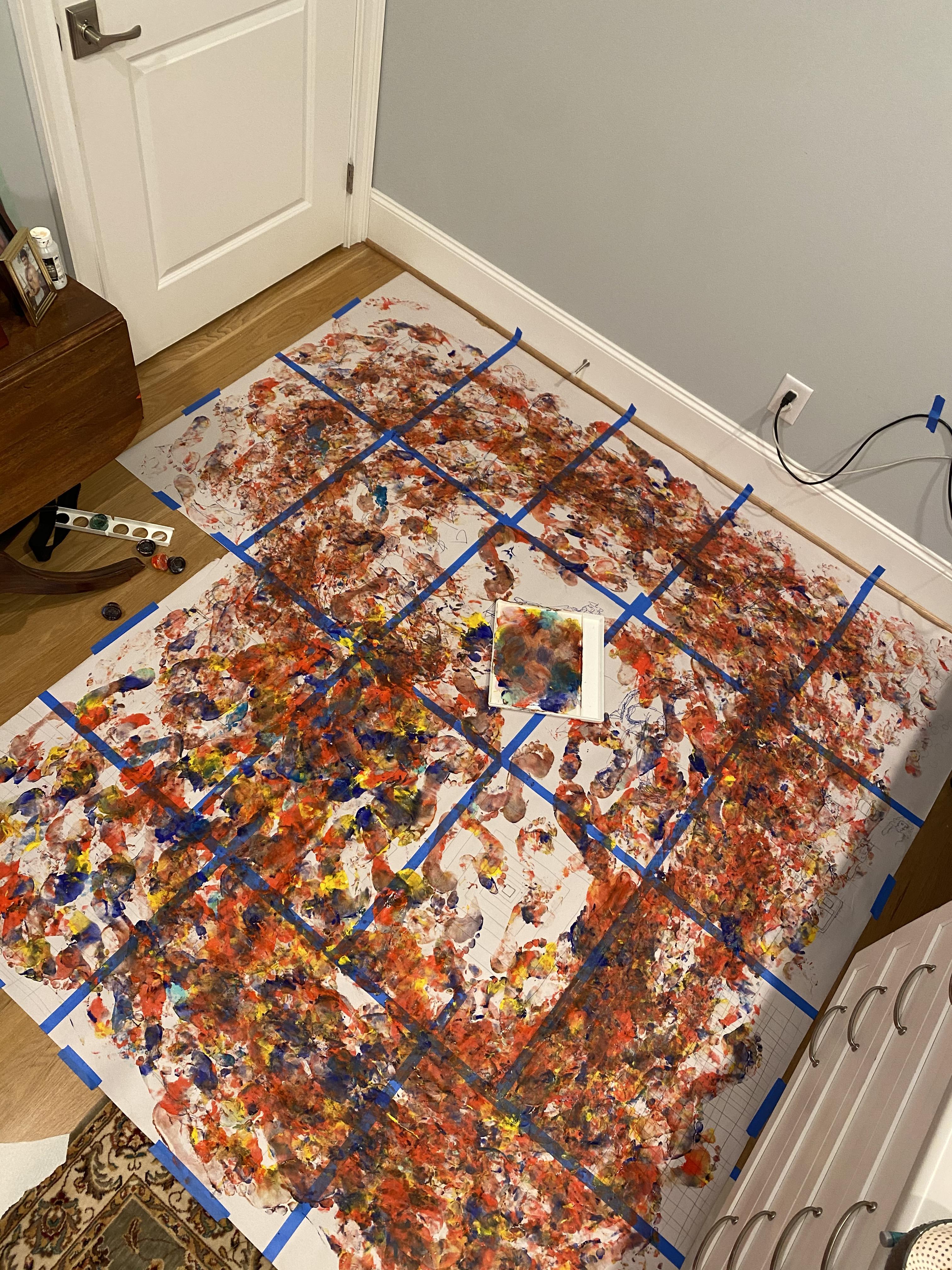 I went in from another angle, trying to view the layers of footprints straight on, wanting to capture every detail, every obscuring shape covering the sketches I forgot to throw away, that only existed as a teaching device. 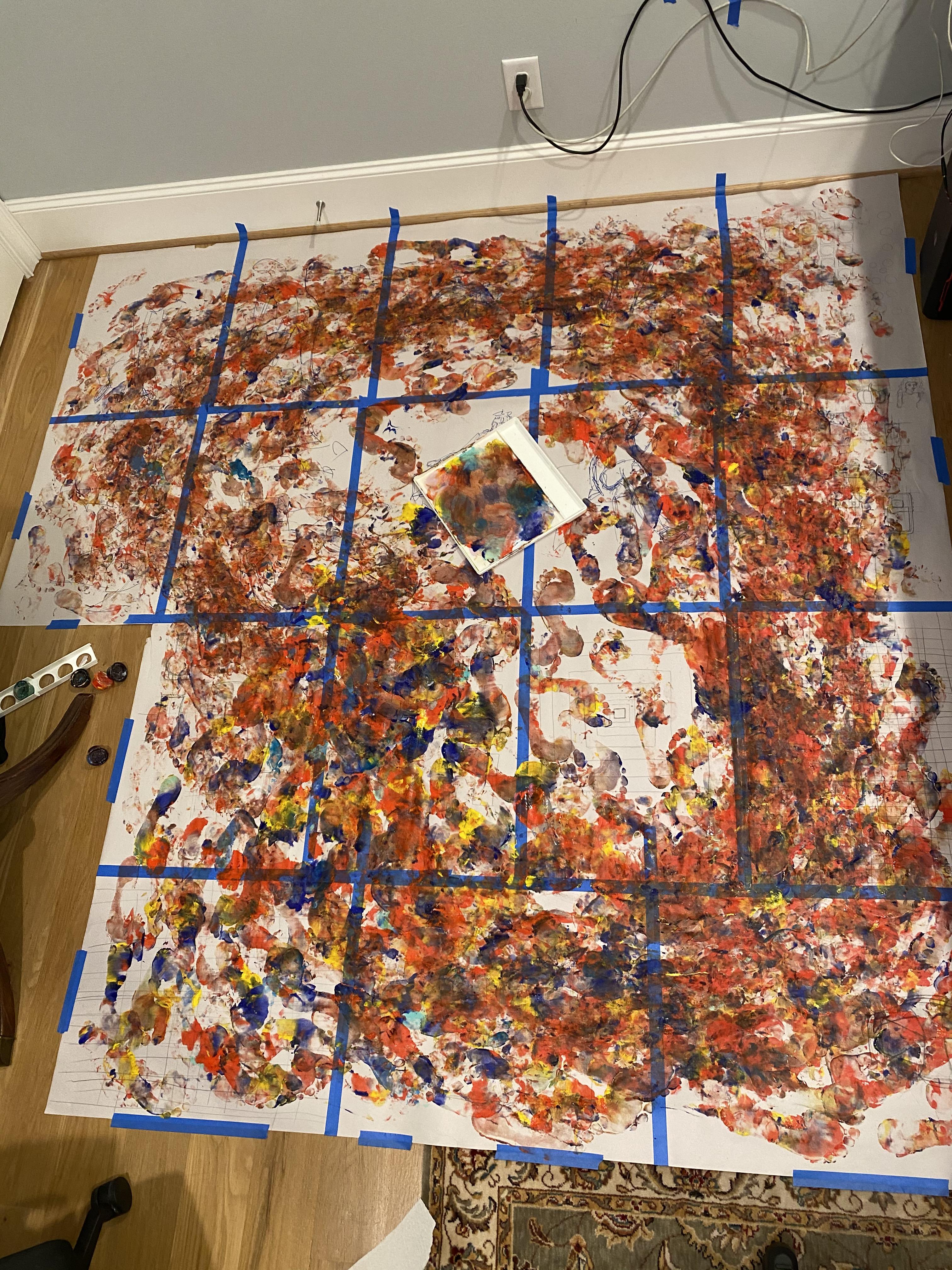 Below is a gallery of close-ups of each panel, each distinct swirl of my acrylic-soaked feet. Not a single smudge ended up on the floor, my focus on the task keeping me steady even as the paper grew more wet. It was fun and silly, reminding me of the little white handprints hanging in the mudroom, relics from 2006 when my brother and I were young.